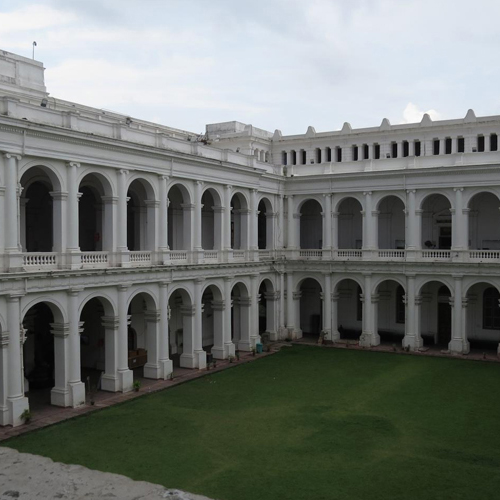 Indian Museum- The Museum that Began An Era

Every room hides a million tales. Every brick smells of a history, made immortal. Such is the magnificence of the Indian Museum.

When one decides to go on a city tour in Kolkata, he is inevitably escorted to the Indian Museum to see its rare collections of antiques, armour, ornaments, fossils, skeletons, mummies and Mughal paintings. Built by the Asiatic Society of Bengal in Kolkata(Calcutta), India, in 1814, the majestic building stands tall in its grandeur, complete with its rich cultural significance in the history of India.

The Indian Museum is the largest and oldest museum in India and considered to be the ninth oldest regular museums of the world. Fondly referred to as the Jaadughar or “House of Wonder” by the Samaritans of the city, who flood into the majestic building every day, the Indian Museum is a relic of Italian architecture.

In 1796, the members of the Asiatic Society began to toy with the idea of building a museum in the city to preserve a significant part of history. By 1808, the society had received a grant from the government to erect the building in Park Street. Under the leadership of Nathaniel Wallich, a Danish botanist, who became the founder curator of the Indian Museum, the building finally began to take shape. Wallich who had been captured in the siege of Serampore, only to be released later, had written a letter supporting the formation of the museum in the city and had suggested that it had two main sections, one which housed archaeological, ethnological and technical artefacts and another that preserved geological and zoological specimens. The museum was finally founded in 1814 and Wallich who was named its Honorary Curator and then the Superintendent of the Oriental Museum of the Asiatic Society, donated several botanical specimens from his personal collection to it.

The construction of the museum brought about a new wind of change and spurred the museum movement in India, which eventually led to the establishment of around 400 museums all over the country. The beginning of this movement also marks the start of the modern period after the end of the medieval era.

In 1840, as the Government began taking a keen interest in the geological section and received an additional monthly grant for its development, a new building became the need of the hour. In 1878, the exhibits of the Indian Museum were finally transferred to its present building in Dharmatala, designed by the famous British architect Walter Granville- the man behind the designs of the Calcutta High Court and the General Post Office.

The architecture of the Indian Museum resembles a simplistically designed grand white Neoclassical-style building, with three floors. Each floor houses colonnaded pavilions and massive halls. The total area is divided into thirty five galleries, whose sizes vary depending on what they feature. These are broadly classified under six sections, namely,

All in all, a trip down to the Indian Museum never fails to amaze its visitors. Truly, a remarkable building in the history of time!

The construction of the Indian Museum brought about a new wind of change and spurred the museum movement in India, which eventually led to the establishment of around 400 museums all over the country. The beginning of this movement also marks the start of the modern period after the end of the medieval era.