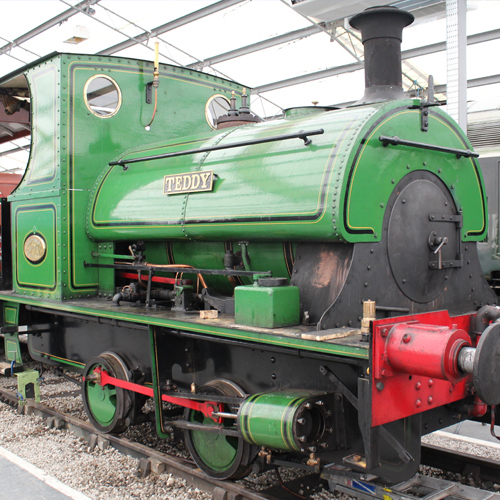 Rail Museum – A Train of Thoughts

Among the lesser known museums of the city, is the Eastern Railway Rail Museum, around 500m south to the Howrah station, Kolkata. A walk along the Foreshore Road, keeping the river Hooghly on the right, helps one to arrive at this small museum, maintained by the Eastern Railway Department. With exhibits of historical importance to the development of the Eastern Railway, this open-air museum is the second railway museum to be built in the country and the first of its kind in the eastern zone.

Inaugurated on April 07, 2006, the Eastern Railway Rail Museum spans an area of over 4 acres of land. The museum entrance has a couple of beautifully painted steam engine models, which set the right mood for the walk through the premises. In front is a sprawling lawn with a beautiful landscaped garden, which has parts of it enclosed within glass domes and covered with iron casts. A part of this lawn has a covered shed with a meter gauge locomotive and a narrow gauge train with two coaches, on display. A special attraction of the museum is a three coach toy train that runs within the premises, encircling the entire museum park, to the joy of children and adults alike.

The museum is a treasure chest of information with erstwhile steam locomotives to contemporary electric engines- all on display. There is also a two-storey replica of the Howrah Station with a remarkable collection of photographs, artefacts, miniature models of steam engines, some sculptures created from engine spare parts, etc.

Designed by premierworld.com and with a footfall of more than thirty thousand visitors per month, the Eastern Railway Rail Museum is a nice weekend getaway, away from the hustle and bustle of the main city.

Among exhibits, is the first class coach in which, the eminent Rabindranath Tagore travelled, first loco built in India, engines used by the East Pakistan Railway and some other rare 19th century steam engines.