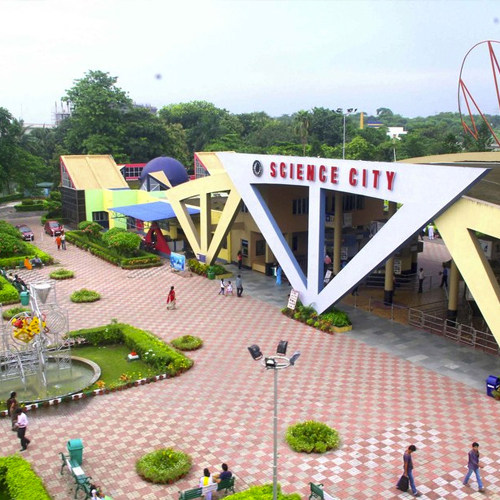 In our childhood when we had educational field trips from schools and colleges there were few handful places in Kolkata we were taken to, Science City was one of them. Though now there are plenty of new growths in terms of educational excursion in Kolkata, the places as Science City successfully hold the aura of traditional museum visits.

Build on 50 acres of land by the National Council of Science museum; it was inaugurated on 1st July 1997. Located in JBS Haldane Avenue on the Eastern Metropolitan Bypass it opens the gates for a large number of visitors and tourists of different ages every day. Also the dwellers of Kolkata consider it to be one of the prominent landmarks of the city.

Conceptualized by Saroj Ghose, the half domed structure of Science city attracts people due to many reasons. It is not only India largest science centre but the way the building has been designed it gives a feeling of high technology and inventions upon entering into the premises. What attracts the children most is the giant statue of dinosaur located in front of the entrance. Perhaps it is science city that took out dinosaurs from the screens of Spielberg Jurassic Park and exhibited it in front of us live in action.